Poinsettias, The History You Never Knew 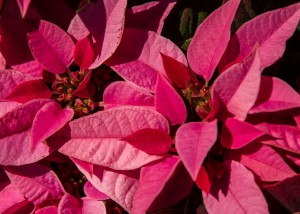 Poinsettias, The History You Never Knew

The Poinsettia, a popular holiday plant has quite a rich and interesting history. As a Native Plant to Central America, the plant grew wildly in Southern Mexico and was then known as Taxco del Arcon. The Aztecs had many uses for the plant, one being for the dye it produced used for clothing as well as for cosmetic use. And did you know that the white sap that is produced in the roots of the plant is what we now call Latex? The Aztecs however used the sap specifically for a medical use to treat fevers. This modern day aesthetically pleasing holiday plant has had a long and rich history.

Its name comes from the first United States Ambassador, Joel Roberts Poinsett, who had a passion for things other than politics, namely botany. He had his own personal hothouses, a warmed place used for growing plants, on his South Carolina plantations. When he was visiting the region of Taxco del Alarcon in the early 1800s he encountered what we now commonly know as “poinsettias,” and sent some back to South Carolina for propagation to be sold, gifted, or added to his botanical gardens. From then on, this plant that originated from Southern Mexico made its way throughout the United States. “Poinsettia” became its popular name due to the idea that Poinsett was the first to introduce it to Northern America and the United States.

You may be wondering why it became such a popular holiday plant! The story begins with a little girl and her brother in Mexico. The little girl couldn’t afford to bring a gift to a gathering on the eve of Christmas, and she was saddened by this fact. Her brother assured her that a gift of any nature, even non-tangible, would be good enough in the eyes of god. She listened, and then knelt by the on the side of the path and picked what she thought was common weeds. She wished she could give more to Christ but the hand made bouquet would have to do, thus she proceeded to enter the chapel. She remembered what her brother said, felt her heart lift, and placed the bouquet at the forefront of the nativity scene. According to the story, the weeds then suddenly bloomed into the leaves of a poinsettia, and the vibrant beauty of its leaves left everyone in the chapel in awe.

As the story goes, after that night the crimson flowers were known as Flores de Noche Buena, or Flowers of the Holy Night, because they bloomed during the Christmas season. The plant that we commonly use as a decorative element for the Christmas season and see at Holiday parties has a very rich history behind it. To care for your Poinsettia, it will do well in indirect light and when watered when the soil begins to dry. Be careful not to over water to avoid root rot, and be sure to empty the drain trays. If desired, you may use a fertilizer on the plant every few weeks. Happy Holidays!